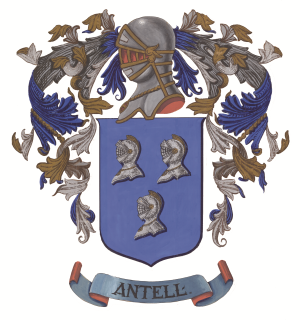 Peter Antell, Esquire, 73, of Boston, passed away on December 4, 2021. He was born in Boston, on October 29, 1948 to Joseph and Jean (Morrison) Antell. Peter spent his childhood in Weston and Cape Cod. Peter studied at Fairleigh Dickinson University and New England School of Law.

Peter Antell was appointed as an Assistant District Attorney in the Suffolk County District Attorney’s Office (circa 1975) served in both the Major Violators Division and the Grand Jury Division. Peter’s interest, enthusiasm, dedication, and sense of humor, had no bounds. There was no task too menial, too time consuming, too difficult, or too complicated for him. His reward was the opportunity to work with experienced professionals and learn from them.

With the change of administration, (circa 1979) Peter Antell left the District Attorney’s Office. He was appointed as a Senior Staff Attorney in the City of Boston, Office of Corporation Counsel. Now, Peter represented the City of Boston and served as a trial attorney responsible for civil rights, personal injury, contract, eminent domain and real estate tax cases. After several years as Chief of Litigation, Assistant Corporation Counsel, Peter left and opened his own private law office at 140 Newbury Street in Boston. With his vast experience, in both criminal and civil litigation, Antell & Associates is where he truly made his mark as a trial lawyer. Peter cared very deeply about Newbury Street, Back Bay and served as a vocal advocate for their businesses and residents. Peter served as a member of the Ancient & Honorable Artillery Company of Massachusetts.

In 2000 Peter and Joanna purchased a scenic parcel of farmland in Ancram, NY. There they developed the property together and built a magnificent home and farm, in which they named Two Arrows Farm. Peter’s time at Two Arrows with Joanna and their three dogs brought him unparalleled peace and joy. On December 4th 2021, at 73 years old, Peter Antell passed away peacefully in his bed at Two Arrows surrounded by his wife and dogs.

To send flowers to the family or plant a tree in memory of Peter Antell, Esquire, please visit our floral store.